Roatan is an island in the Caribbean Sea. It is a part of Honduras, lying about 50 miles from the northern coast of the Honduran mainland. Roatan has a colorful history that weaves in stories of Indians, invaders, pirates, buried gold, and a blend of races and languages.

When Columbus discovered a neighboring island named Guanaja in 1502, the islands were already populated.  Artifacts and caves left by these early inhabitants remain today. Other Spanish explorers came after Columbus. The 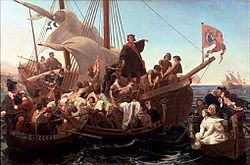 Christopher Columbus on Santa Maria in 1492

Spaniards began mining both gold and silver on the mainland of Honduras.  They enslaved native Indians and brought slaves from Africa to work in the mines.  The Spaniards established cattle ranches to provide food for the miners.

Both Spanish and English settlers came to Roatan.  William Claibourne of Virginia was given a patent by the Providence Company authorizing him to establish a colony on the island in 1638. There were a number of Spanish 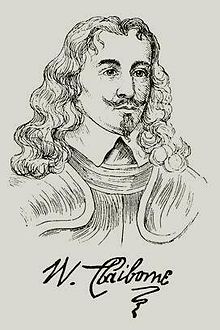 ships moving through the Bay of Honduras and there were Spanish settlements on Roatan. Pirates attacked the ships and raided the settlements.  Van Horne, a Dutchman, raided Spanish-Indian settlements in 1639.  English and French pirates also terrorized the area. In 1642, English raiders from modern day Belize had occupied old Port Royal in Roatan, which is a little to the east of modern Port Royal.  A number of white descendants with English names and heritage live on the island today.

The Spanish, desiring to rid the area of pirates so they could transport the New World gold to Spain in peace, attacked Port Royal with four war ships under the command of Francisco Villalva Toledo in 1650.  The pirates successfully defended Port Royal, Roatan, forcing the Spaniards to return to the mainland for reinforcement.  With the pirates greatly outnumbered and with fierce fighting, the pirates were conquered.  The Spaniards gathered the remaining Indians on the island and moved them to Guatemala.

In 1742, the English once again settled on Roatan. Major Caulfield was in control of the island.  His letter to Mr. Trelawry, Governor of Jamaica, documents Spanish attempts to regain Roatan.  The

Typical Pirate of the Era

The English lost Roatan in March of 1782.  The Spanish positioned troops and cannons against the forts and defeated the English.  The Spanish destroyed about 500 homes.  The English left the island completely in 1788. In 1797, the English forced about 5000 Black Caribs from the Windward Island of St. Vincent, moving them from island to island, finally leaving them on Roatan.  Black Caribs are a mixture of people of African descent and Carib and Arawak Indians.

Europeans began settling on Roatan once again with the return of English between 1827 and 1834.  With slavery being outlawed in English colonies in 1833 and with the soil in the Grand Cayman Island being depleted by cotton farming, some English families left the grand Cayman and settled on Roatan and neighboring Utila.  Many of descendants of Joseph Cooper, one of the settlers of Utila, still live on Utila.  The Jackson family, a wealthy and influential family on Roatan today, came from the southern United States in the 1800’s, descending from confederate soldier who refused to surrender to the Union. A southern accent is still discernable in their speech.

Approximately 200 white people lived in “Coxen’s old kay” in 1840.  Ten years later, the population of the island had risen to five or six thousand people.  In 1852, the British leadership appealed to Her Majesty, Queen Victoria to establish Roatan along with other islands to become a British colony.  The United States objected, citing a treaty signed to create the Panama canal that forbad the United States and Britain from establishing new colonies in the Western Hemisphere.

In 1859, England relinquished control of the Bay Islands.  The Republic of Honduras accepted the Bay Islands as the “Departemente de las Islas de la Bahia”, officially making the islands a part of Honduras.  For many years after coming under Honduran rule, islanders of English descent continued to claim English citizenship, although those born in Honduras after 1861 are legally Hondurans. 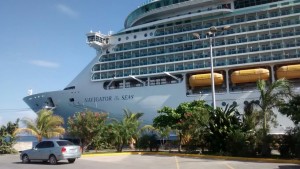 Although Spanish is the national language and is spoken on Roatan, the English language also lives on Roatan.  Roatan is a colorful mixture of people, languages, and culture.  Today, tourism is the primary industry on Roatan. Cruise ships and planes bring thousands of tourists each year. Roatan is known around the world for its scuba diving.

Legends continue of ghosts of the past.  Ghosts, or “duppees”, reportedly have been sighted by various locals.  They tell that men burying gold would kill a man, leaving his body with the gold to “watch” the gold. After centuries, the ghost is reportedly tired of watching, and will give someone specific directions on how to find the gold.  If those instructions are followed exactly, the seeker reportedly can find the gold.  One local tells of a ghost blowing in his ear when he was in a remote area of the wilderness hunting crabs late at night.

Roatan’s history is rich, spanning from the days of Indian inhabitants, to the days of piracy and looting, to fighting over which nation owns the island, to independence and modern times.

This is a small part of  the east end of Roatan where we still can taste and feel the history where time stands still, the only thing that moves fast here are rumors.

Article Contributed By Captain Ed of  Roatan East End Divers    Come and dive with us, take a break.  You know that work is for people that don’t dive.